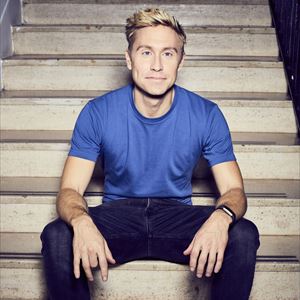 This event is for 16 and over - No refunds will be issued for under 16s.

Ticket collections and duplicate tickets can only be collected by the
card holder in possession of the card.

Following the record-breaking success of his 2017 tour Round The World, Russell Howard returns with his biggest globe-spanning stand-up tour to date.

Hot on the heels of his critically-acclaimed hit Sky One show The Russell Howard Hour, and his global smash Netflix special Recalibrate, Russell is back on stage where he belongs, making sense of a world that's spinning out of control.

It's time for Respite.

"it's thrilling to see Howard with fire in his belly" - Metro

"world domination is looming. he has grown darker, angrier and more satirical on stage. His sets deal with everything from foreign policy to his fear of death, and he rages as much as he teases." - The Sunday Times